It’s been a very busy start to Term 1, 2015
Week 1
Well, it was a fabulous start to the year when Victor Scout section met on Friday night.
We welcomed two new patrol members – Ellie and Michael.
Our linking cub Declan was also back for another night – he has nearly finished his Gold Boomerang and Grey Wolf and will be joining us permanently in scout section very soon.
Everyone had a fantastic time getting to know each other playing games and learning new knots.  Together Penguin patrol constructed two chariots and had fun racing them around the den.

Week 2
This week we welcomed another linking cub, Annie, who will be a lone scout as her family travels Australia but having Victor as a home base when she is in Brisbane.
Our activity for the night involved learning how to do basic navigation then determining and navigating a path between the den and Holland Park RSL.  Here we completed some community service for our RSL friends.  Just rubbish pick up in the park and sweeping the front stairs as the memorial is temporarily undergoing some renovations ready for ANZAC Day.  This community service will be an ongoing activity for all Victor Scout Group sections.

Week 3
Tonight was a very exciting time in Victor Troop.  Following sign-on day our troop has grown to 11 with 5 linking cubs joining us over the next few months.  With this in mind Troop Council voted to split the troop from just Penguin Patrol into three new patrols.  So Victor Troop have 3 patrols now – Penguin, Panther and Koala and look forward to exciting times ahead.
For this week’s activity we completed emergency and first aid procedures.  Learning all about DRSABCD, how to manage and treat various emergency situations and finished the night by creating bush stretchers and carry fellow patrol members 500m through the park. 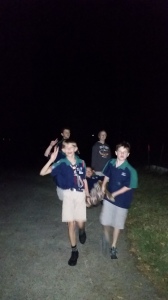 We had planned to attend the Chinese New Year celebrations in the Valley for International Cultural awareness but unfortunately Cyclone Marcia had other ideas.  Instead we had a great night of games and catching up on award scheme work.  A scout sized version of Hungry Hippos was fantastic (and let us practice reef knots and bowlines along with teamwork to achieve a goal) – can you believe every round ended up with each patrol collecting the same number of balloons!  We also played Mousetrap Attack; Scout, Scout, Joey; Stuck in the Mud and Marco Polo.  Alex shared his rock collection with his patrol as part of his collector badge,  Elliot finished off his World Scout badge, Tash and Livi finished off their Pioneer citizenship badges with a bit of first aid.  Everyone else started or continued to work on various parts of their award work.

Founders Day – Toohey Forest Orienteering Afternoon February 22nd, 2015
Unfortunately the morning Founder’s Day was postponed due to weather from Cyclone Marcia.  However, our orienteering activity was able to proceed as the weather cleared.  The Toohey Forest scouts were welcomed by the Toohey Forest Orienteering Group to join in their Bush Navigation and Coaching session in the Toohey Forest bordering on Griffith University.  It was a fantastic afternoon, despite the rain sprinkling in the middle as a by-product of Cyclone Marcia.  The club orienteers were very patient and helpful teaching the scouts the basics of orienteering.  After an hour of practical instruction through the bush the scouts were sent out in pairs on a course of their choice (easy, moderate or difficult).  Given this was the first time participating in this kind of activity we are very proud of the efforts of the Victor scouts.  Alex (11) and Declan (10.5) coming second with Elliot (13) and Joseph (12) third only beaten by Samuel and Alistair from Rochedale.  Out of a field of 28 attempting this course it was a great effort. Thanks to Aquilla from Rochedale for helping to organise the event. 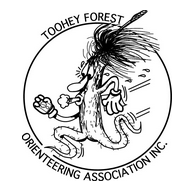